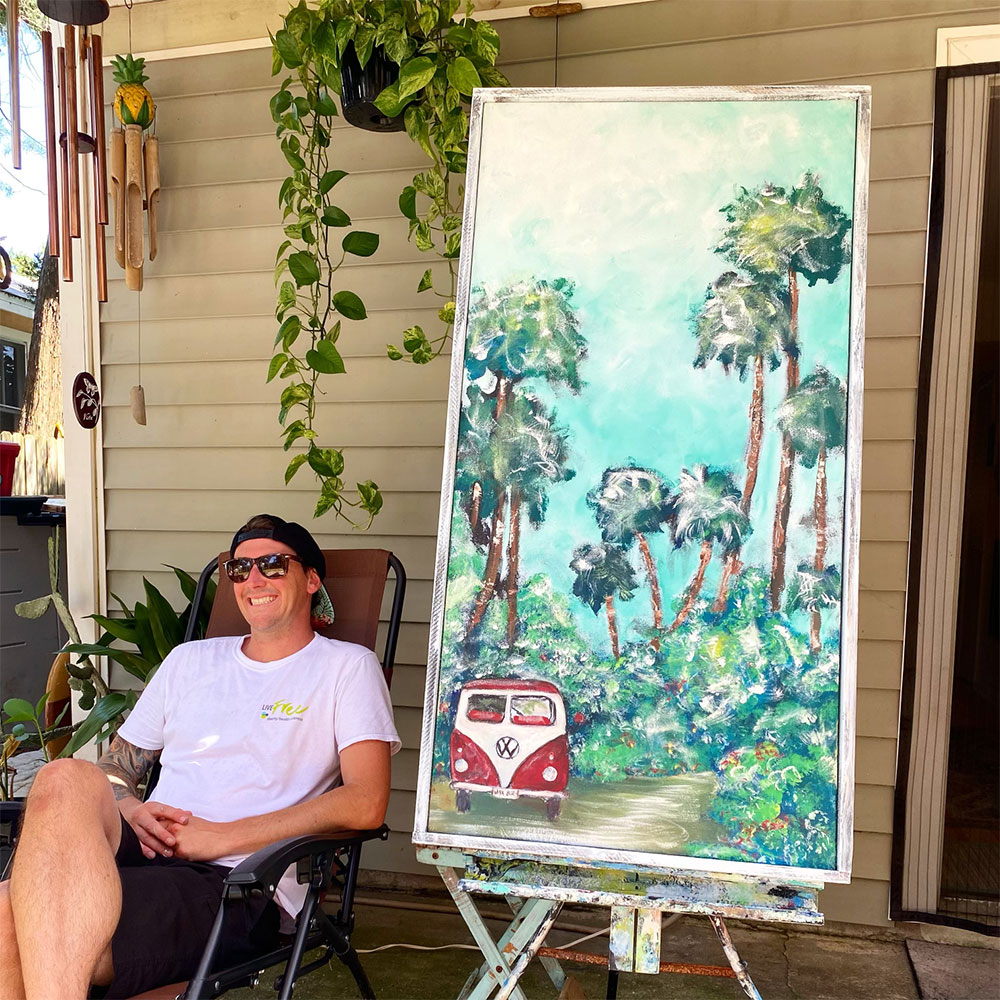 Josh Phares is a local artist born in Jacksonville, Florida. Currently he lives in Jacksonville Beach where he uses the ocean and ocean culture to influence his creativity. Take from it what you will but everything about his workshops coastal vives. If you’re a fan of the water you’ll find yourself a fan of Joshua Phares.

While working primarily with acrylic paint, he does switch up his mediums with others products such as watercolors, paint pens and spray paint. “I just wanna create and spend time with the people I love” Josh says. Two of those people being his bad ass wife Stephanie and his little man Nixon. Aside from those two prized achievements, Josh has been voted the “#1 Artist in the 904” 3 years in a row in VOID Magazine. He has artwork in 36 states in the US and 15 different countries, his furthest being Japan.

Follow along with his new works and where his next event will be at Joshpharesart.com or one of his many social media platforms- Instagram being the most updated @JoshPharesArt